We asked Chip Culpepper, partner at the MHP/Team SI Family of Companies and creative leader, what he thought about the ads and messages shown during Super Bowl LV. Read below to get his play-by-play of which brands won the night.

Instead of just showing off a new product, there were a lot of big issues and topics that brands could touch on during their Super Bowl LV ads. Which brands did we see do this? What emotional tonalities did we see?

Chip: Not necessarily promoting an agenda directly, but one thing that stood out to me was the substantial attention paid to diversity and inclusion in the casting for multiple advertisers across the spectrum. Of note, spots from Amazon, Rocket Mortgage, DoorDash, M&Ms, and T-Mobile featured a wide range of ethnicities, genders, and more, with Toyota crafting its entire offering around a paralympic swimmer.

The NFL itself single-mindedly focused on their support and stance on social justice. Jeep also worked hard to plant the idea of working together for a re-United States of America as a particularly timely message.

Many big names did not advertise their biggest brands in this year’s game. Is sitting out of the Big Game a brand hack this year – does it make more of a statement than buying an advertisement?

Chip: It’s certainly a calculated move by a well-known brand to stay on the sidelines and throw their support behind another “non-paid” effort. How well they take credit for their decisions is yet to be told. The Budweiser brand was noticeably absent (and I missed the Clydesdales, personally), but at least its parent Anheuser-Busch put out a family of beer brands message and invited the public to share a beer with friends.

Because some brands are sitting out, this opened the door for newbies – Chipotle, DoorDash, Huggies, etc. How did they do for their first time in the game?

Chip: Those newcomers did well, in my opinion. DoorDash’s remix of the Sesame Street theme with “Hamilton” star Daveed Diggs showcased not only a commitment to supporting local restaurants with what one typically would think of as a DoorDash food delivery, but introduced the idea that they can also deliver anything from shampoo to milk and cookies. Well played, Cookie Monster. Well-timed user-generated photos – creating virtual worldwide birth announcements – of babies born earlier on Super Bowl Sunday was also a well-executed idea for Huggies.

Were there any digital campaigns or virtual experiences that took the place of or added to a Super Bowl LV ad?

Chip: Ford of Norway smartly clapped back via Twitter on Will Ferrell’s “I hate Norway” offering for GM (or should that be lowercase “gm” now?) showcasing the electrified Ford Mustang that’s part of why both advertisers say Norway leads the world in the adoption of electric vehicles.

Who stole the show and who did the worst?

Chip: As a writer, I was drawn to the words delivered by Bruce Springsteen for Jeep in an epic two-minute spot in the game’s second half. Visually, and for its ability to generate “all the feels,” Toyota beautifully used music, captivating imagery and an amazing young woman portraying her own story to create an intriguing and lasting image for me. 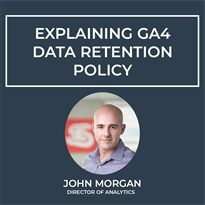 What does the GA4 Data Retention Policy really mean?

If you’ve been confused about the data retention policy in Google Analytics 4 (GA4), you’re not alone. I took some time to dig through Google’s confusing support documentation to outline the real-world implications to help you figure out what needs to be done. 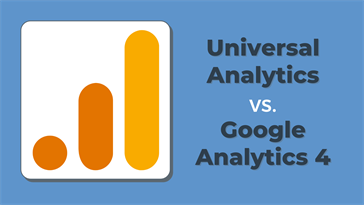 Google will sunset Universal Analytics on July 1, 2023 in favor of Google Analytics 4. What are the differences between the two platforms? 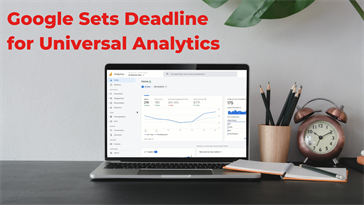 Google recently announced July 1, 2023 as the data on which Universal Analytics (otherwise known at GA3) will cease operations. This will give website owners and marketers 15 months to transition to Google Analytic 4 (GA4). We've put together a few solutions to minimize impact on your marketing reporting during this time of transition.