The Initiative for a Competitive Inner City (ICIC) announced that Little Rock’s Team SI made the 2019 Inner City 100 list, published in Fortune magazine, of the fastest-growing inner city businesses in America based on revenue growth.

“It is a great honor to be included on the IC100 list,” said Whitley. “It is gratifying and rewarding to be recognized alongside national leaders across diverse industries.”

ICIC is a national Boston-based nonprofit created by Harvard Business School Professor Michael Porter in 1994 on the premise that under-resourced communities have vast, untapped potential, purchasing power and labor markets, which can only be realized by small business owners who are growing and creating high-quality jobs. Over the past 25 years, ICIC has built a foundation for inclusive economic prosperity, proving Porter’s theory time and again.

“Inner City 100 companies are forces of economic opportunity, optimism and transformation in their communities, and Team SI is a shining example,” said ICIC CEO Steve Grossman. “Team SI leads the way in innovation, job creation and economic revitalization, and it’s an honor to recognize the company’s leadership. In addition to excellence in business, Team SI has demonstrated a deep commitment to and passion for their local community, which significantly impacts the well-being of their local economy." 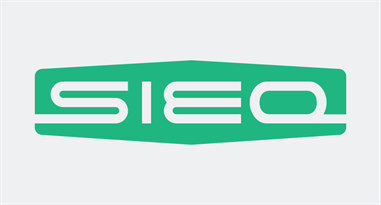 Team SI announces the introduction of a new ag-marketing company, SI EQ, a TraDigital™, data-driven marketing firm focused on the agriculture community. Originating out of Team SI, the experts at SI EQ have worked with agriculture equipment dealers for nearly a decade and are well-known as result-oriented marketers in the ag industry. 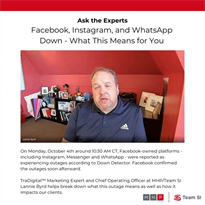 On Monday, October 4th around 10:30 AM CT, Facebook-owned platforms – including Instagram, Messenger and WhatsApp – were reported as experiencing outages according to Down Detector. Facebook confirmed the outages soon afterward. 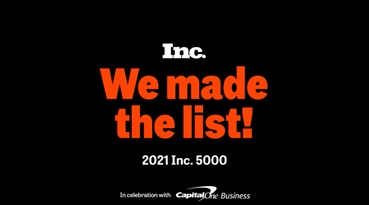 For the fifth time since 2015, Inc. Magazine announces that MHP/Team SI, a full-service, data-driven marketing agency based in Little Rock, Arkansas, has been ranked in its 2021 list of 5,000 fastest-growing companies across the nation. The agency was listed as number 2,285 in this prestigious ranking of the nation’s fastest-growing private companies.